The modern town of Axum does not easily show the evidence of the splendors of its glorious past. Nevertheless, the historic footprints are…

The modern town of Axum does not easily show the evidence of the splendors of its glorious past. Nevertheless, the historic footprints are represented by extensive traces of noble buildings with large stone foundations, side by side with the ruins of even more impressive structures such as: temples, fortresses, and rich palaces.

The hand of nature in the form of heavy downpours of rain seems to take the place of systematic excavations, to bring to light some of the long-buried hordes of gold, silver and bronze coins. 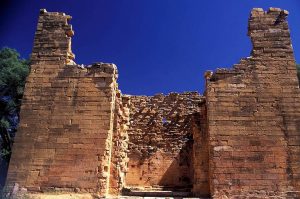 Yeha: The tantalizing and towering ruins of Yeha's Temple of the Moon - built more than 2,500 years ago, in Sabaean time, considered Ethiopia’s earliest high civilization. Whether this was a lone shrine of a temple or part of a city with other similar edifices not ascertained.

Nevertheless, the fact that the wall built with precise-fitting blocks of smoothly polished yellow limestone carefully placed without the use of mortar leaves no doubt of the superb quality and artisan-ship involved. Apart from the temple, however - which speaks eloquently of the works of a high civilization - little or nothing known about the people who built this great edifice. This mystery also raises another mystery: how far back does Ethiopian civilization really go? Although inscriptions and fine objects of bronze and other artefacts excavated from Yeha since 1909, nothing is uncovered to shade light on the above mysteries.

There a number of sites, this can be visited, in Tigray region such as - Rock-hewn churches of Tigray in Gheralta, Tsed Amba, Yohanis Maqidi and other clusters. Intrepid visitors can also make excursions into the Danakil to visit some of the Afar nomads that trek across the region.

There are no reviews yet.

Be the first to review “Axum” Cancel reply