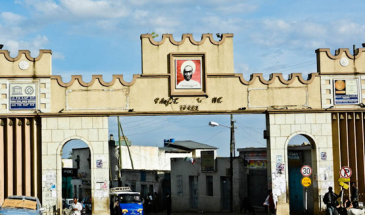 Eastern Ethiopia is a land of desolate beauty. Much of it is characterized by a hauntingly stark landscape of dust-stained acacia scrub and…

Eastern Ethiopia is a land of desolate beauty. Much of it is characterized by a hauntingly stark landscape of dust-stained acacia scrub and a string of forgettable towns. However, concealed beneath this cloak of the commonplace are gems of genuine adventure and priceless moments of shared intimacies, Undoubtedly, the east’s pièce de résistance is the walled city of Harar.

From Awash, a seemingly endless ribbon of asphalt leads north to the desolate southern Danakil. This territory remains virtually unexplored since legendary adventurer Wilfred The snigger first thrilled the world with tales of the proud Afar and their secret wells. For those that head east a surprise awaits. The thirsty lowlands give way to the eastern highlands, a land of lush cultivation and stunning views and proof that eastern Ethiopia really is one of those rarest of jewels, a diamond in the rough.

The atmospheric walled citadel of Harar Jugol is the world’s fourth-holiest Islamic settlement and a UNESCO World Heritage Site. Its labyrinthine is lined with ancient Islamic mosques and shrines, bustling markets overhung with aromatic spices, and cafes brewing freshly roasted coffee plucked from the surrounding hills.

The scorching Danakil Depression, much of which lies below sea level, supports a harsh but surreally beautiful habitat of blinding-white salt-flats and startling multicoloured geysers.

Debre Zeyit Untidy, scruffy and dusty — first impress ions may leave you wondering why Debre Zeyit, known in the local Oromo language as Bishoftu, is such a favourite playground for those seeking to escape the capital for a weekend. However, strung around the town and not immediately apparent, is a dishevelled necklace of mars flat bottomed, roughly circular, volcanic crater lakes, While they are a far cry from the Bahamas, they are highly praised by the locals for their beauty and make for a surprisingly tasty hors d’oeuvre before tackling the rougher expanses of far eastern Ethiopia. This attractive town, surrounded by five crater lakes and beautified by bougainvillea and palm trees. The lakes, within a radius of 5 km, are Hora, Bishofu, Babogaya, and Kuriftu; all harbour a variety of birds. Hora and Babogaya are ideal spots for water sports and a number of hotels with excellent services await the visitor. For visitors who appreciate a spot of pampering, the international standard Kuriftu Resort & Spa offers a great place to unwind on the shore of Lake Kuriftu. As well as being a luxury lodge it is also a health and beauty spa, a sports resort, an artistic center and a haven of tranquility – just the place for an unspoiled retreat. 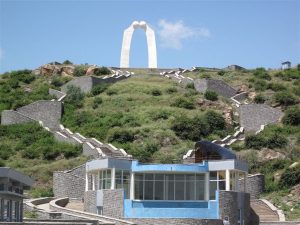 Nazareth A rapidly growing commercial town, Nazareth is favoured by residents of the capital. From here, the road branches out to Sodere and Awash National Parks. The town lies in a warm valley adorned with bougainvillea and palm trees. It acts as a crossroads to north, east and south.

Sodere Sodere lies where a volcanic mineral water spring gushes to the surface at the bank of Awash River. It is popular for weekends because of its warm climate and the therapeutic effects of the springs. Numerous birds, crocodiles, monkeys, and hippos can be seen. Two swimming pools of international standard, filled by hot springs, and a good hotel are available.

Awash National Park Awash National Park is located 225 km east of Addis Ababa, the Park stretches 30km east to west and a little less from north to south. The terrain is mainly acacia woodland and grassland. At all places and all times it is possible to see game: Oryx, Sommering’s gazelle and wild pig are common. Slightly less frequent are the furry waterbuck, which tend to appear near the river in the late afternoon. The tiny dik-dik, not easy to spot in the speckled shade of the acacia thorn, zebra grazing the plains to the west of Fantale, cheetah, Serval and leopard are also there but it is not easy to spot them; baboons, both anubis and hamadryads, kudus, lesser and greater, the giant tortoise, hippo, reedbuck, aardvark and caracal are also represented. Klipspringer inhabits the higher slopes of the mountain and curious hyrax peer at you curiously from behind their rocks. In the bottom of the gorge you can spot the black and white colobus monkey.

Harar Jugol The historic walled city of Harar in eastern Ethiopia was a major trading crossroads and a center of Islamic learning. Fortified against invaders, its protective wall was built between the 13th and 16th centuries. The wall or jugol, which is still intact, is about four meters high and pierced by five gates. A sixth gate was added later. Explorer Richard Burton was the first European to enter the “forbidden city” in the mid-19th century and wrote later; “Harar has not only its own tongue, unintelligible to any save the citizens; even its little population of about 8,000 souls is a distinct race.” Little has changed apart from the size of the population. The town is famous for the unique layout of its houses, its intricate basketry, coffee, hyena feeding, and for the trade-in kat - a stimulant leaf that is chewed. The narrow, winding streets of Harar contain over 90 mosques and many consider it the fourth holiest city of Islam.

The 16th century Grand Mosque, with is beautiful twin towers and slender minaret lies on the road to the Erer Gate Women are not permitted inside the mosque.
The vibrant market place is regarded as one of the most colorful in all Ethiopia. Off the road from the Sauga Gate to the main market lies Ras Mekonin's house where Haile Selasssie spent most of his childhood. The Ahmar Mountains around Harar produce some of the best coffee in Ethiopia. The Hyena Men of Harar collect offal and bones to feed to the wild hyenas usually about 100 meters outside the Fallana Gate of the old city walls of the town. Hyenas appear just after sunset to take food from their hands. There is a charge for watching the display starts at about 1900 finishing at about 2000. The five gates by themselves are attraction sites, which we can observe their architecture and some of the Argoban villages such as Koremi and Sofi will be visited.

Dire Dawa lies in the eastern part of the nation, on the Dechatu River, at the foot of a ring of cliffs that described as "somewhat like a cluster of tea-leaves in the bottom of a slop-basin." Dire Dawa Railway Station Created in 1897 after the establishment of Alfred Ilg's Imperial Railway Company of Ethiopia, Dire Dawa, originally known by its period French spelling Dire-Daoua grew up at the site of a former village known as Addis Harar (Amharic for "New Harar") upon the line's arrival in 1902.

Jigjiga:- The Ethiopian Somali Regional State is the easternmost of the nine ethnic divisions of Ethiopia. It is often called Soomaali Galbeed ("Western Somalia") because of its geographical position within the Greater Somalia matrix. Jijiga has been the capital of the Somali Regional State since 1994. The capital had been Kebri Dahar until 1992 when it was moved to Gode. In April 1994, the capital was moved to Jijiga on account of political considerations. Other major towns and cities include Degehabur, Kebri Dahar, Godey, Shilavo, Geladin, Feer-feer, Kelafo, and Werder.

Babile Elephant Sanctuary While there are as many as nine parks and sanctuaries with elephants in Ethiopia, it is difficult to find them in most cases. Babile Elephant Sanctuary in the eastern part of the country is different. This vast protected area stretches south from the historical city of Harrar and the little town of Bible. The main entrance to the sanctuary is situated mid way between Harrar and Babile.

The Danakil Valley occurs in The Afar Triangle, within The Great Rift Valley, on northeast Ethiopian, southeast Eritrean, and west Djiboutian territories. It is an enormous unsettled area with barren soil. From the North to the South it is about 570 km long, and its width varies from 80 to 400 km (covering an area~200000 km2). Most of it lies below sea level. It also has the deepest depression of the African continent, the shoreline of Lake Asal reaching 155 m b.s.l. (Waltham, 2010, but Mo¬rell, 2012–156 m b.s.l.). It’s geological, climatic, and cultural and landscape features are unique on a global scale. Hot sulphur springs, multicolour salt and mineral crusts, rifts, faults, black lavas, vaporous geysers and active volcano create one of the most weird and beautiful landscapes on Earth.

Dallol is at the northern-most extension of the Great Rift Valley - the largest geographical feature in Africa (if you discount the erg and reg of the Sahara) and the only such feature easily discernible from the Moon by the first Americans to walk there. Because it is below sea level, it seems to trap all the heat. The most recent of its craters, Dallol, was formed during an eruption in 1926. Colorful hot brine springs and fumaroles deposits are found in the Dallol area with some areas that are more than 116m (328ft) below sea level. There are hot yellow sulphur fields among the sparkling white salt beds. Heat is not the only thing people feel in the Dallol Depression. Alarming earth tremors are frequently felt. There are also several active volcanoes.

Erta Ale, an active shield volcano, is another impressive natural phenomenon. It is the most active volcano in Ethiopia. Erta Ale is 613m tall, with a lava lake, one of only five in the world, at the summit. It is the longest existing lava lake, present since 1906. Erta Ale, in whose crater lies the world’s only below sea level land volcano, has techno-colour landscapes, incredible mineral deposits. Sulphur lakes and bubbling sulphur springs are fascinating sights not to be missed.