The 12th century Zagwe dynasty King who is credited with having constructed the rock-hewn churches of Lalibela. Around 960, Queen Gudit destroyed the remnants of the Kingdom of Aksum, causing a shift in its temporal power centre that later regrouped more to the south. For 40 years, she ruled over what remained of the kingdom, eventually passing on the throne to her descendants.

According to other Ethiopian traditional accounts, the last of her dynasty was overthrown by Mara Takla Haymanot in 1137. He married a daughter of the last king of Aksum, Dil Na’od, and putting control of Ethiopia in Agaw hands. Since he married Emperor Dil Na’od’s daughter, who was a member of the Solomonic Dynasty, the Zagwes are technically part of the Solomonic lineage. Emperor Mara Tekla Haymanot’s marriage and off-spring thereof makes him the only Emperor without known ties to the Biblical King Solomon and Makeda, the Queen of Sheba (although his own ancestry is unknown).

The Rock Hewn Churches of Lalibela

Situated at an altitude of about 2500 meters above sea level, the town of Lalibela is 701 Km north of Addis Abeba and 300 Km from Bahir Dar. The quiet town is one of the most historic towns in Ethiopia. Set amidst the Lasta Mountains, Lalibela was actually called by its ancient name of Roha up until recent times. At the peak of the Zagwe dynasty’s (1150-1270) power, in the 12th and 13th centuries, Roha was the capital of the Ethiopian empire and the name Lalibela is that of its greatest and most famous ruler, the 12th century Saint-King Lalibela. It is famous for its intricately carved rock-hewn churches, built by the King Lalibela who, according to legend, had the help of angels in completing the monumental task of sculpting entire churches out of single pieces of rocks. It should be noted that aside from building these churches over the course of a quarter of a century. 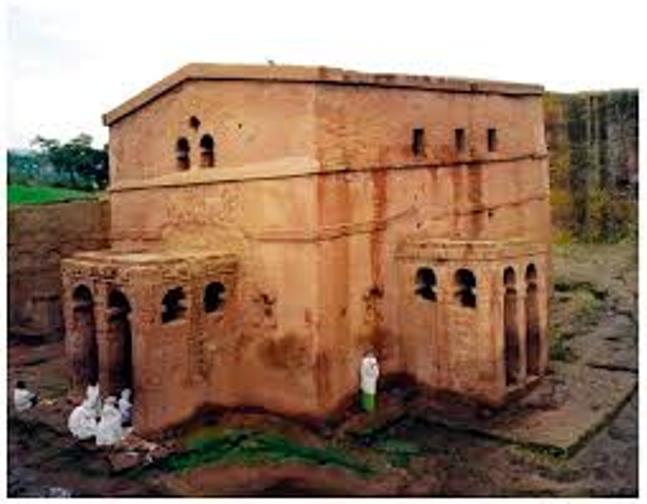 The Northern Group: Bete Medhane Alem, (a church for the holy savior) home to the Lalibela Cross and believed to be the largest monolithic church in the world, probably a copy of St Mary of Zion in Aksum. It is linked to Bete Mariam (possibly the oldest of the churches), Bete Meskel (a church to reserve crosses), Bete Denaghel (a church built to commemorate the 50 virgins who were massacred by King Julian in 4th Century), Bet Golgotha (known for its arts and said to contain the tomb of King Lalibela), the Selassie Chapel and the Tomb of Adam. 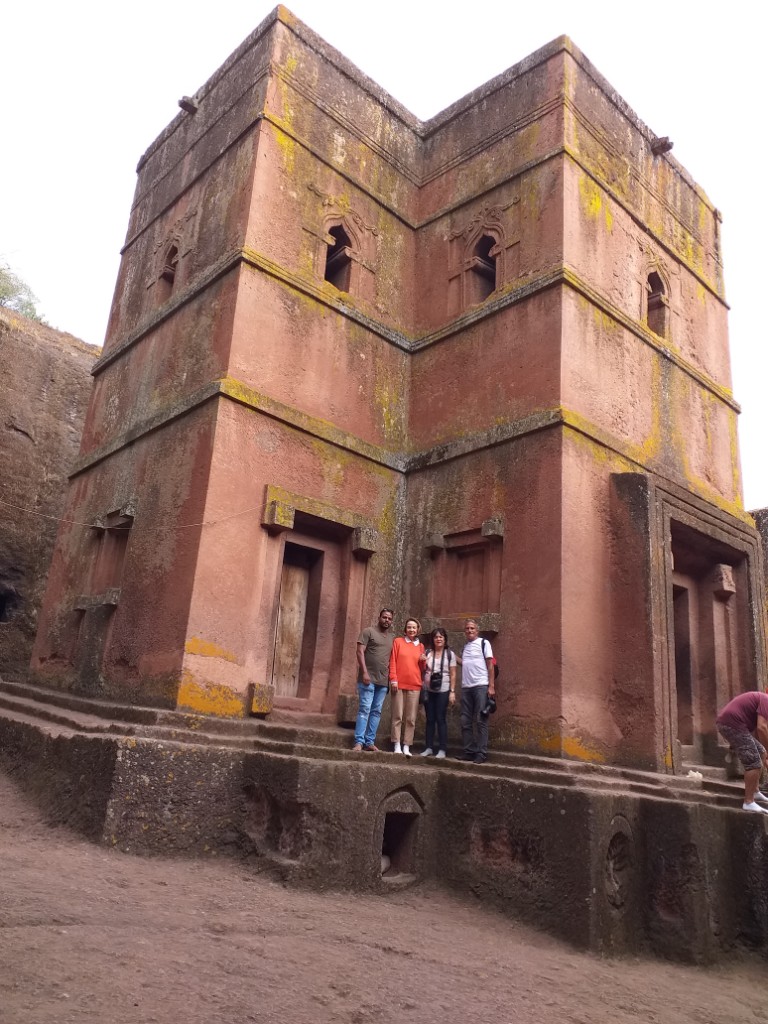 The Western Group (the isolated one): Bete Giorghis, a Greek cross-shaped church entirely carved out of a giant rock, said to be the most finely executed and best preserved church. This is the most prominently featured church on the Lalibela postcards. 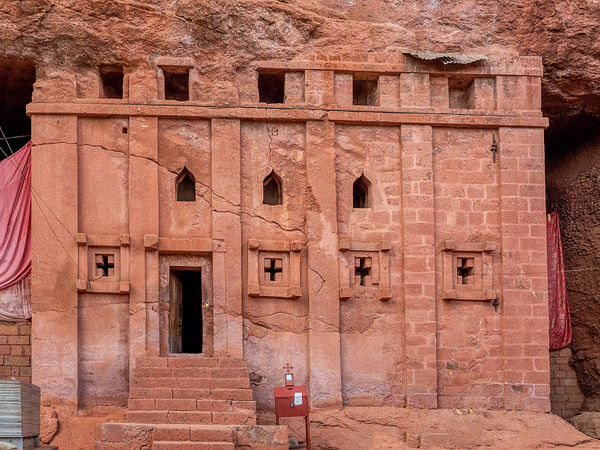 The Eastern Group: Bete Gabriel-Rufael (possibly a former royal palace), linked to a holy bakery, Bet Merkorios (a church for saint Mark), Bete Amanuel (possibly the former royal chapel), Bete Abba Libanos and The best way to access this group is to enter via Bet Gabriel-Rufael, and then via a dark trench next to the church you will access Bet Merkorios, Amanuel and Abba Libanos.